What is the Impact of Covid-19 Coronavirus on Contracts? 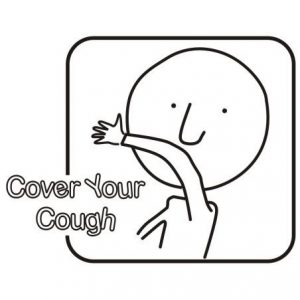 As the outbreak of Covid-19 Coronavirus it continuing to spread, it is also continuing to pose significant issues for businesses.

Our clients are now seeking our advice on their contractual position in the event that either they themselves or their suppliers become adversely impacted by the Covid-19 Coronavirus.

Under English law there is a legal assumption of “continued performance” in contracts and there are only limited circumstances where a party may be able to be “excused” from such obligation, which include: (i) a Force Majeure event, and (ii) where contract frustration applies.

It is highly unlikely that there is a contract out there that gives a customer or a supplier a right to cancel their contract “due to Coronavirus”. This is a really good example of where lawyers and businesses work together to create a contract to try and account for certain events happening (however unlikely). The benefit of having this set out in your contract is – certainty. With certainty of knowing your contract can be called upon in the occurrence of such events, business risk can be managed more effectively.

An event such as Coronavirus would normally be described in a clause known as the “Force Majeure” clause.

What is a Force Majeure clause?

The phrase Force Majeure has no legal meaning. It will mean whatever the contract says its means (see “If there is a Force Majeure clause – what might it say?” section below). It is a Latin phrase meaning “superior force” and over the years it has made its way into contracts to help businesses try and manage the impact of events /”superior forces” which has resulted in parties being unable to perform their part of a contract they have entered into.

A Force Majeure clause sets out what happens in the event that specified events or events “beyond the reasonable control of a party” occurs after entering into a contract. Typically they operate in business to business agreements. These events generally apply to exceptional events that are not due to the fault of either party and depending on how they have been drafted can also include an “epidemic “and or “government action”.

Note: Over the years, because “unforeseen events” were dealt with by an “implied default” law that developed through a line of cases, known as Frustration (i.e. where an event may “frustrate” a party’s right to perform the contract.) This law still exists, but it’s very narrow in its scope and therefore the “Force Majeure” clauses were included in contracts as an alternative attempt to try and widen a party’s right to exclude liability (and possibly, ultimately terminate) where certain events happened (see “What is contract frustration and can I rely on it if I am an affected party?” section below)

If there is a Force Majeure clause – what might it say?

It will of course depend on the actual wording you have in front of you, but generally it will prevent the affected party (i.e. the party who can’t do what it promised to do under the contract) from being liable for delays or non-performance of its obligations under the contract until normal performance is resumed.

Can we rely on a Force Majeure clause in our contract if our business becomes adversely affected by Covid-19 Coronavirus?

This will very much be dependent on 1) the way the clause is written; and 2) whether or not the Covid -19 Coronavirus was the actual reason you could not perform (e.g if you were going to miss a contractual deadline anyway?)

1) Consider the precise drafting of the clause:
Wide/narrow drafting: What constitutes as a “Force Majeure Event” can either be drafted widely to include “any event beyond a party’s reasonable control” or narrowly, to include a specified list of events only. The meaning of “epidemic” and whether or not Covid-19 Coronavirus falls into this, would need to be considered (as well as the meaning of “a Government action” as may be included in the clause). A careful legal review of the drafting will help form a view of whether or not you will be able to rely on it, if you are affected.

Check exclusions: Are any exclusions stated for certain events, or “events that could have been reasonably avoided or overcome”. If so, the word “reasonably” would need to be considered objectively in this regard.

Time periods: Some clauses set out a specified period of time for which liability is “excused”, and following the expiration of which, a non-affected party may have additional contractual rights/remedies available to them (for example, they may be entitled to terminate the contract altogether). Check the drafting carefully and if the time period is deemed insufficient, you may want to seek a written extension from the non-affected party (and formalise it in a signed contract variation document/deed).

Formalities: Have any formalities been included with the clause? For example, does it say that you must give the non-affected party written notice of the Force Majeure event, “specifying the nature, the estimated duration of it, etc ”? If so, you must check that you have complied with these formalities to ensure that correct procedures are followed if you are an affected party.

The affected party must show that it has taken “all reasonable steps” to avoid the operation of the clause. (Simply incurring increased costs or hindrances as a result of the event will not be sufficient to claim it is a Force Majeure event).

What is contract frustration and can I rely on it if I am an affected party?

In the absence of being able to rely on a Force Majeure clause, a party may consider whether or not it would have recourse under the common law doctrine of contract frustration. This applies where a party is “discharged” (or excused) from its obligations under a contract if: (i) a change in circumstances makes it physically or commercially impossible to perform the contract, or (ii) it will render performance of the contract in a radically different way to what was originally agreed.

However, it is important to point out that whilst this sounds quite wide in principle, case law in this area confirms that there are only a very limited set of circumstances in which the court will successfully allow a claim for frustration. Note that a party who has simply incurred “increased expenses” making it commercially impossible for him to perform will not be sufficient to claim contract frustration. Nor will a party be able to rely on contract frustration where the “change in obligations or impossibility to perform” is only experienced by one party who is seeking to rely on it.

We understand that this is quite a technical area of law, therefore if you would like to discuss this in more detail, please do not hesitate to get in touch for a no obligation chat.

We've updated our Q&As about Vaccination and COVID status checks, and the data protection issues involved.

One of the most common myths of data sharing is that you can’t share it in an emergency situation.

Fact: You can share data in an emergency, and you should do whatever is necessary and proportionate to save someone’s life. Data protection does not stop that.

NEW: We have launched an investigation into the use of private correspondence channels at the Department of Health and Social Care.
Read Elizabeth Denham’s blog for more: https://ico.org.uk/about-the-ico/news-and-events/news-and-blogs/2021/07/ico-launches-investigation-into-the-use-of-private-correspondence-channels/

NEW: The EU Commission has announced today that adequacy decisions for the UK have been approved.

We’ve created a suite of resources to help your staff take extra care when sharing information.

They cover some of the most common mistakes such as sending information to the wrong person or not appropriately disposing of information.