CASE CORNER: Should I stay, or should I go? 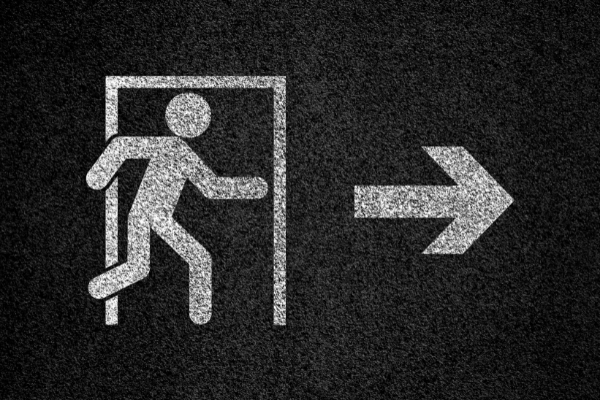 When the Commercial Director of the Mid Essex Hospital Services Trust terminated its contract with outsourced catering provider Compass Group (trading as Medirest) on 27 July 2009, it most definitely was not the “end” of the contract for the Trust.

It was the start of a long, complex, and expensive chain of events which ended up in the High Court in 2012 and made its way to the Court of Appeal in 2013.

This case got much legal press for some of its interesting facts around the calculation and handling of service failures (another blog for another day) but the lesser-known events surrounding termination of the contract do demonstrate that it is not easy to terminate a contract – even if there are words within the contract that appear to allow you to do so.

Somehow, within the space of just over 12 months into a 7 year circa £15 million contract, the Commercial Director of the Trust had felt it appropriate to terminate the contract. It is not known from the court transcripts what the trigger was for the Commercial Director to terminate specifically at that time on that day, but three things are known:

(ii) the Commercial Director of the Trust did not consult with the Trust Board before he sent the notice to terminate (it is not known why).

(iii) the whole relationship between the two parties in relation to this contract was in fact acrimonious and those seeds of acrimony started to sprout as early on as a WEEK into the contract (when the Commercial Director requested a copy of the contract from his management team as things “could get contractual”).

The Commercial Director later stated in court that the termination in July was not an actual termination (even though he had followed up the call with a notice of termination of the contract!). Whatever the reasoning, the July termination was revoked by the Trust (and more importantly this was accepted by the other side).

The July termination was glossed over in the case (the court said it didn’t impact on the case), but:

The plot thickens as fresh notices of termination were then served by EACH party in the following few months, so EACH party was claiming to terminate the contract.

What do I think happened?

Unfortunately, the court transcripts do not give these answers, so it’s a case of reading between the lines. To understand what I think happened, there is a legal bit that underlies termination of contracts.

There are four very important points to note about terminating a contract.

What do I think happened?

I think that the Commercial Director must’ve felt entirely validated on the day this termination took place. He was cross and there were failures under the contract. I suspect that the culmination of the failures and some wording in the contract gave the Commercial Director some confidence of the legal position of the Trust as regards termination. (It’s possible he saw what he wanted to see – easily done when you are cross!). It does look like a “sole decision” and possibly a “snap decision” in that the Board was not consulted. If the Board was consulted, I think it would have led to a Board decision to seek legal advice as to the cost/ benefit of the terminating the contract – not least because of the size of the contract.

It’s likely that when the Trust lawyers got involved (eventually), they realised that the Trust would be in breach of contract for wrongly terminating the contract and so advised the Trust to revoke the termination notice. I don’t know why Medirest’s lawyers accepted this revocation: maybe they weren’t advising Medirest at the time; or they decided there were bigger points to focus on (it is a complex case); or they may have weighed up the cost of the fighting that revocation wasn’t worth it! There is always a balance that must be struck with terminating any contract.

Where a £15million contract is involved, the damages would be significant enough that neither party would want to be sued for wrongly terminating a contract. Conversely though, the damages for being sued for breach of contract by the party terminating is equally unpalatable.

Although these things can get a little more complex, each set of lawyers would have had a decision to make:

Each set of lawyers must’ve felt that they had a strong enough case to terminate the contract justifiably and validly. If successful, it would mean a substantial damages award for their clients. Given the sums involved each party must’ve felt it outweighed the potential risks of wrongful termination.

Because of the complexity of the case – both sides agreed it would be decided by the court whose termination was valid and what damages would be claimed.

It’s easy to say I know, but some quick-fire decisions can have some very dire consequences: time; cost; more stress than is necessary. No matter how cross you are or validated you feel, termination of a contract must be handled properly and objectively and if appropriate, get the lawyers involved! It may be more cost effective than you think.

So, what did the court decide? Who was entitled to terminate the contract and what damages were awarded? As you’ve probably gathered, this is by no means straightforward, so we’ll cover that in another case corner.